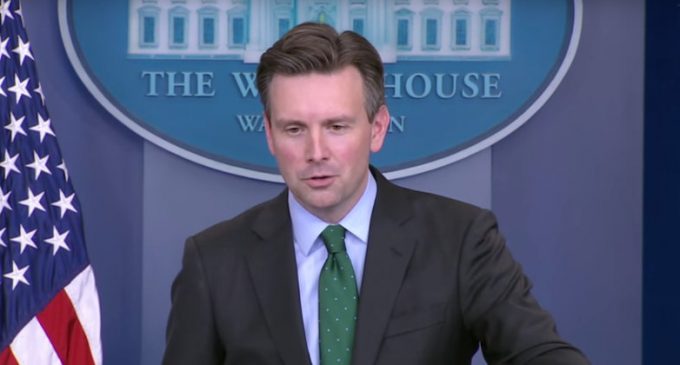 The White House can't seem to get their story straight on election hacking. This week, White House Press Secretary Josh Earnest claimed that China — not Russia — had hacked the election.

The messiness with which the left has surrounded this supposed “election hack” is surprising, considering how much effort they've put into pushing the story.

Senate Minority Leader Harry Reid even claimed that Donald Trump was “in on” the hacking attempt.

Despite all of this effort, the left still can't decide by whom and to what extent the election was hacked. That's probably because there's no actual evidence that a foreign government acted in order to elect Trump. Everything is based on speculation.

Watch as Earnest struggled to keep his story straight on the alleged hack on the next page: