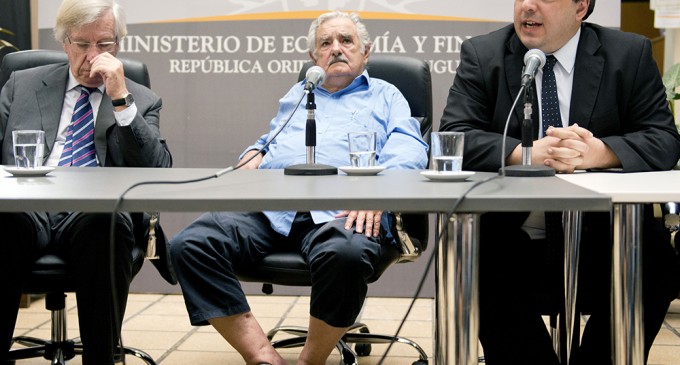 President Jose Mujica from Uruguay gives away 90% of his monthly salary to the poor, giving him the label as ‘The World's Poorest President'.

He also shunned the luxurious house that the Uruguayan state provides for its leaders and has chosen to stay at his wife's farmhouse, off a dirt road outside the capital, Montevideo, where they grow flowers.

“I'm called ‘the poorest president, but I don't feel poor. Poor people are those who only work to try to keep an expensive lifestyle, and always want more and more,” he says.

The photo of this charismatic leader attached to this post has garnered much viral attention.

Compare this man with our Congress, who for the first time in history has a majority of millionaires. 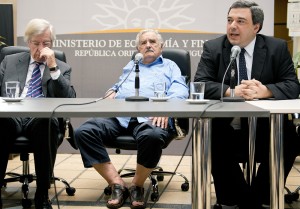 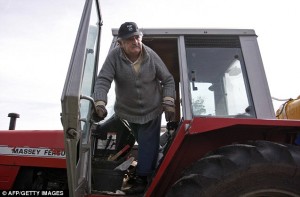 Uruguayan President José Mujica has a well-earned reputation for a personal style that is assertively … let us call it informal. It's part of the 78-year-old politician's practice of eschewing all trappings of power and status; he gives away most of his salary, lives in a small, one-bedroom apartment and drives an old VW Beetle instead of taking the customary limousine. He's often called “the world's poorest president,” although the former guerrilla and Marxist resists the label. He's not a victim of poverty, after all; he's a political leader who cares deeply about economic inequality and is making an effort to lead by example.

Still, there's something to seeing Mujica really living his message that drives home just how unusual it is. This photo, from Thursday, shows him sitting between his vice president (to his left) and his new finance minister, during the latter's official swearing-in ceremony. Soak it in: What struck me about this photo, after having fully absorbed that I was looking at the head of state of a sovereign nation, was that Mujica has staffed his administration with people who look and dress like senior government officials. In other words, though he's chosen to cultivate a moderately radical image for himself, he's not making that image so important that it's precluded him from working with suit-wearing technocrats. He still wants to run his country.

Since Mujica took office in 2010, his government has won plaudits from Western institutions, including the Economist – not the sort of publication you expect to see endorsing a former Marxist and sandal-wearing critic of the capitalist system. The magazine recently named Uruguay its “country of the year,” praising its legalizations of gay marriage and marijuana. “Modest yet bold, liberal and fun-loving, Uruguay is our country of the year,” it announced. “Better yet, the man at the top, President José Mujica, is admirably self-effacing.”

“I'm just sick of the way things are. We're in an age in which we can't live without accepting the logic of the market,” Mujica told the Guardian for a recent profile. “What we have left is the automatisation of doing what the market tells us.”

“If we lived within our means – by being prudent – the 7 billion people in the world could have everything they needed,” he said. “Global politics should be moving in that direction.”