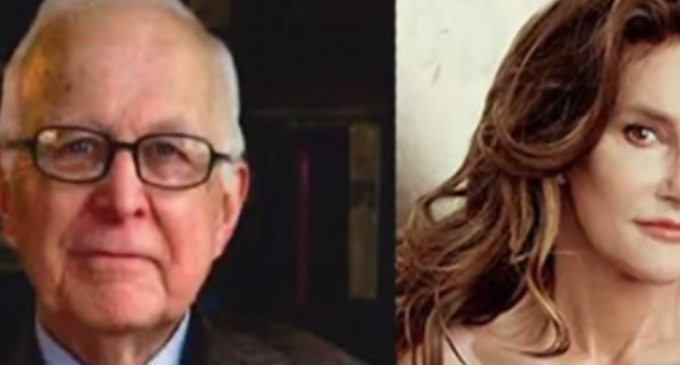 Progressives will be infuriated over Dr. Paul R. McHugh's statement regarding transgenders.  He is the Distinguished Service Professor of Psychiatry at Johns Hopkins University and was once the psychiatrist-in-chief for Johns Hopkins Hospital for 26 years.

Dr. McHugh has had the opportunity to study transgenders for forty years and has concluded scientifically this fact,  “transgendered men do not become women, nor do transgendered women become men.”

In an article he wrote for The Witherspoon Institute, he explained that transgender people “become feminized men or masculinized women, counterfeits or impersonators of the sex with which they ‘identify.’”

Johns Hopkins Hospital interestingly pioneered the sex-change surgery, but later halted this surgical procedure recognizing “after careful research and scientific analysis, taken a stand not to do sexual reassignment surgeries because it was found not  to be beneficial for the patient”, writes Truth and Action.

Dr. McHugh said, “And so at Hopkins we stopped doing sex-reassignment surgery, since producing a ‘satisfied’ but still troubled patient seemed an inadequate reason for surgically amputating normal organs.” He also “stressed that the cultural meme, or idea that “one’s sex is fluid and a matter of choice” is extremely damaging, especially to young people.”

These ideas will only incite the radical left who would rather make a victim out of one suffering from a mental illness than treat the illness itself.  Read more on the next page.