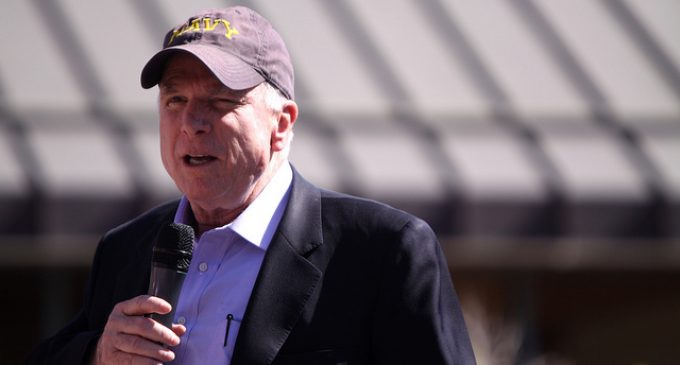 Sources close to ailing Senator John McCain have told the White House that he doesn’t want President Donald Trump at his funeral.

Multiple sources close to the senator said that his family had asked the White House to send Vice President Mike Pence to the service instead.

McCain has been battling an aggressive form of brain cancer for almost a year after being diagnosed with glioblastoma in July. He is currently at his home in Arizona after he underwent surgery last month for an intestinal infection.

McCain and Trump have sparred frequently ever since Trump became a candidate in the 2016 race. McCain was instrumental in killing GOP efforts to repeal and replace Obamacare with a pivotal Senate vote last summer, singlehandedly sinking one of President Trump’s major goals.

Turn the page for more: