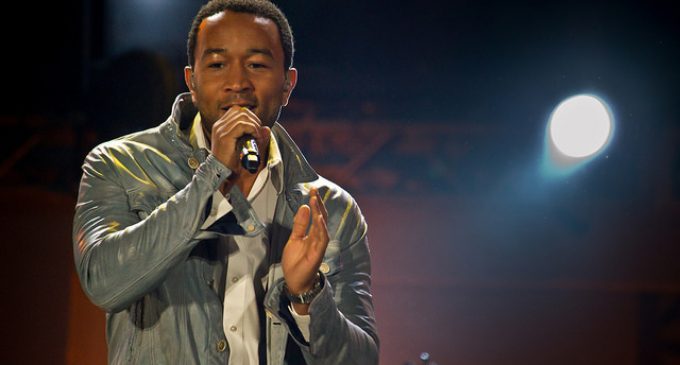 If there's one thing that liberal “celebrities” have become good at over the years – with the exception of being wrong – is baiting conservatives into long drawn out debates over things that only serve to give these celebrities publicity.

Case and point, this whole ordeal with 49ers quaterback Colin Kapernick, who refused to stand during the National Anthem before the game. Yes, it is incredibly disrespectful, and he has no room to be talking about oppression with his ridiculous salary numbered in the millions, but putting his face and words up all over the Internet and various other types of news media is doing nothing but helping his failing name as an athlete stay relevant for a little longer.

Now, John Legend is weighing in on the argument, calling the Star Spangled Banner a “weak song.” He then went on to claim that he was the best there is at singing the song. It looks like that Grammy is going to his head. According to his logic, Kapernick's protest wasn't about the lyrics but about about the value of the lives of colored Americans.

This is where this new “Civil Rights” movement makes absolutely no sense. Americans are equal! African-Americans have just as many rights and chances at happiness as anybody else in America. They just need to pursue it! This isn't the first time Legend has thrown his hat into the political arena, he recently said that Trump's presidency will lead to a new era of slavery.

Find out what Black Lives Matter says on the next page.