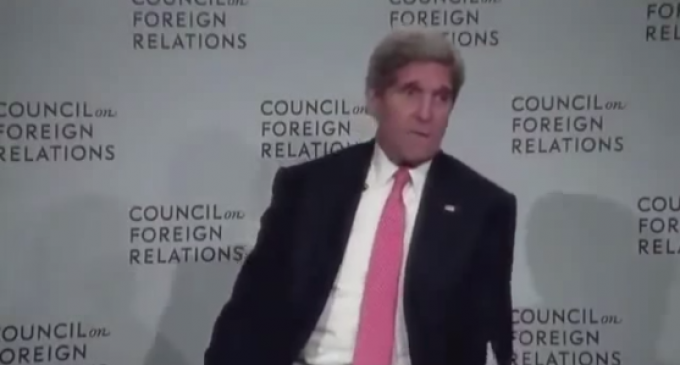 I guess, there are different levels of blindness, depending on what you want to see?

Secretary of State John Kerry wants American's to believe that when the Iranian government chants ‘Death to America', that it did not necessarily mean that they want to kill us.

Ummm, death to America means death means what then?

In making his interpretation, Kerry gives us a disclaimer: that he has not viewed the videos of Iran’s dictator actually calling on all the Muslim’s in the world to unite and destroy Israel and the United States.

Our Secretary of State is dealing with a country that cries for the death of our nation, yet, he has not taken it upon himself to view the videos where these cries are made.

Go To The Following Page: