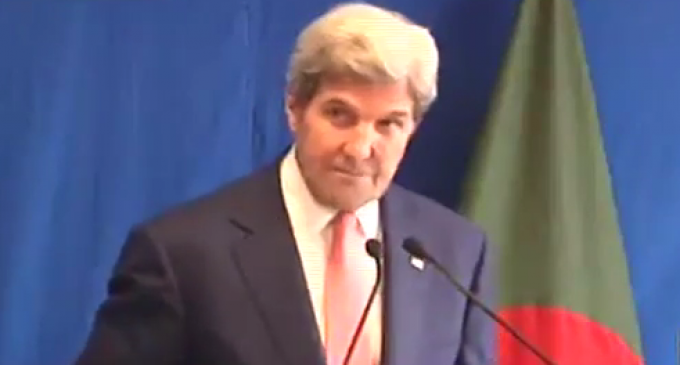 Just when you thought the Obama administration couldn't be any more clueless when it comes to terrorism, John Kerry goes ahead and proves us all wrong.

Granted, the Secretary of State has a history of making regrettable remarks whilst attempting to articulate (often poorly) his policy positions, the most notorious being his claim that he was for the Iraq war “before he was against it” during the 2004 presidential race. But Kerry took his habit of making ill-considered comments to a dangerous new low at a press conference in Bangladesh.

Addressing the topic of terror, Kerry offered a novel solution to the problem: stop talking about it.

No really, he said that people can't expect governments to prevent terror 100% of the time, so it would be better if the media stopped covering it because it gives terrorists attention. Because you know, not talking about things totally makes them stop happening.