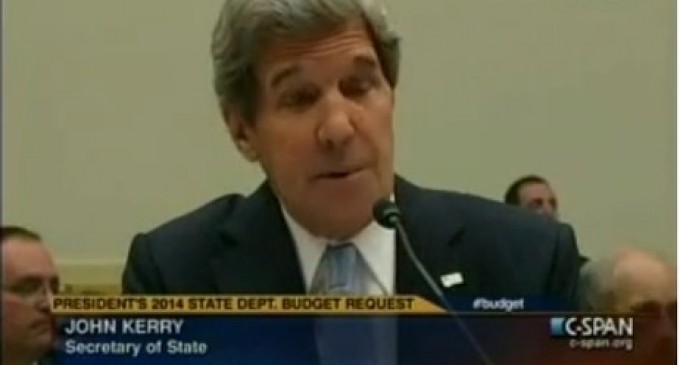 In other words, it’s none of the American people’s business what we do, we do what we want and there’s nothing you can do about it.

Our country is being run by criminals!

Sharyl Attkisson of CBS News tweeted today that “Secy Kerry tells congress he will not honor the request to make Benghazi survivors available for questioning.”

In March, Secretary of State John Kerry was asked by Fox News correspondent James Rosen why nobody has “heard from” the Benghazi survivors. Kerry stumbled through the answer, saying

Rosen pressed John Kerry on the issue by asking, “Will we hear from them?”

I can’t tell you – I don’t know what the circumstances are of any requests to talk to them or not.

In April, Kerry was asked about the status of the Benghazi survivors again by Rep. Dana Rohrabacher of the House Foreign Affairs Committee as reported by RealClearPolitics.

I can promise you that if you’re not getting something that you have evidence of or you think you ought to be getting, we’ll work with you. And I will appoint somebody to work directly with you starting tomorrow, with you, Mr. Chairman, to have a review of anything you don’t think you’ve gotten that you’re supposed to get…we got a lot more important things to move on to and get done. [emphasis added]