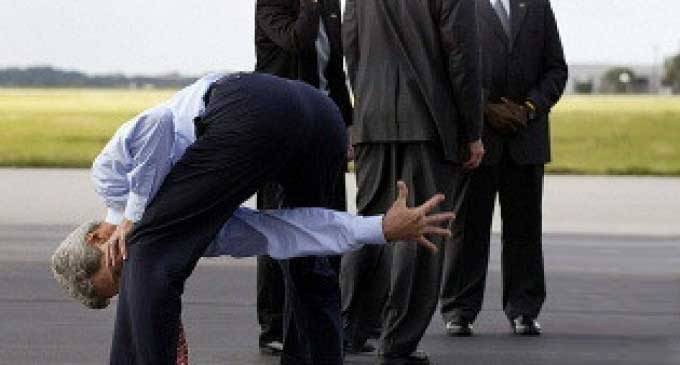 In a stunning display of histrionics and the usual hysteria that is seen when politicians promote the Sky is Falling agenda of climate change, Secretary of State John Kerry, who served in Vietnam, made a gaffe to top all hysterical gaffes.

Understand that leftists all over the globe are in complete lockstep that all of us must live like 15th century farmers or the earth will get mad and beat us up with floods, pestilence, war and whatever else they make up. These people really believe this stuff to the point of it becoming a sort of caveman religion. They are the new toss-the-virgins-into-volcanoes crowd and their zealotry has driven them to the brink of self-parody.

Despite scandal after scandal of scientific information being manipulated, they are still touting narratives like CO2 is really a pollutant. Enter John Kerry and his admission this week.