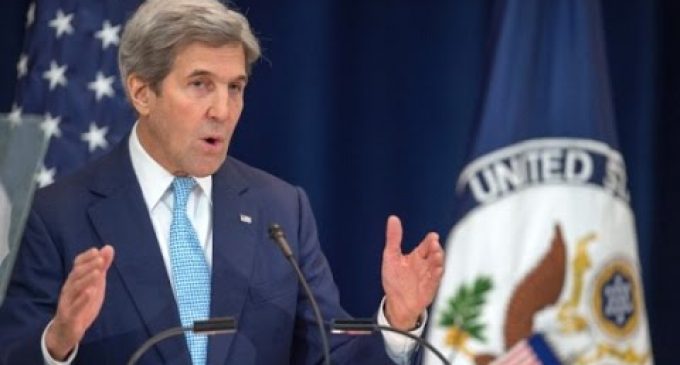 There are few things deeper than President Obama's contempt for Israel, but we know at least one of them: his lack of self-awareness.

Even when it has become abundantly clear that his policies on any number of subjects from Syria to health care have been complete and utter failures, Obama maintains that he has been nothing less than superlative when it comes to administering the affairs of state. And instead of telling the emperor that he is buck naked, the media shelters his fragile ego and says “oh wow, what beautiful clothes the emperor is wearing!”

If the administration's latest pronouncement is anything to go by, it appears that the president is starting to believe the lies his cheerleader speak. In the wake of his refusal to support Israel as the United Nations turned its sights on her, this is nothing less of chilling.

With the United Nations Security Council voting to condemn Israel for its settlement practices and the Obama administration's cowardly decision to abstain from the vote instead of vetoing it, the White House has been subjected to unprecedented criticism for its inaction. But instead of apologizing for this blatant slap in the face to our long-time ally, Secretary of State John Kerry added insult to injury by saying that Obama has been the most pro-Israel president in US history:

“This administration has been Israel’s greatest friend and supporter with an absolutely unwavering commitment to advancing Israel’s security and protecting its legitimacy,” Kerry claimed during his final speech as Secretary of State. “On this point, I want to be very clear.”

“No American administration has done more for Israel’s security than Barack Obama.”