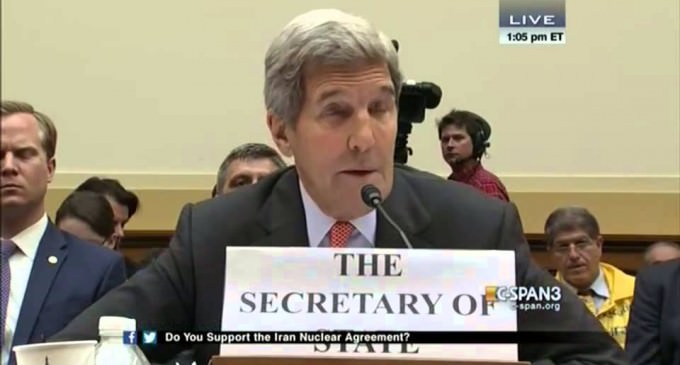 After all the continued assurances for months that the Obama administration had effectively stopped Iran from its march of madness to nuclear weapons, John Kerry turns around in front of Congress and the world, testifying offhandedly that Iran will probably use the money the U.S. will give them for weapons that will kill Israelis and Americans.

Yes, they may. And then we will retaliate by putting sanctions in place. What did we just do? Removed the sanctions, gave them the billions of dollars and paved the way to make big bombs. And we will protect them while they create bombs and the missiles to deliver them.

And he is so casual and calm about it all. Have a look at the short clip on the NEXT PAGE.This is the height of recklessness!