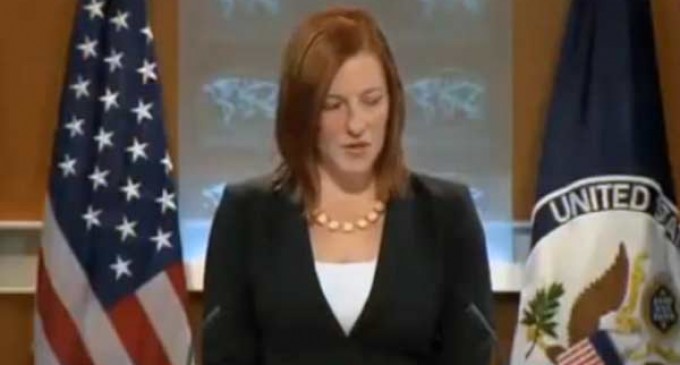 Matt Lee shows why he is known as a no-nonsense reporter who won't be satisfied with political jargon and non-answers.
From The Blaze:

At a Thursday press briefing, Lee struggled to understand why Secretary of State John Kerry keeps referring to President Barack Obama’s decision to seek congressional authorization for a military strike on Syria as “courageous.”

And his argument is simple: How is it “courageous” to seek permission for something he believes he can do anyway?

“I don’t understand why he is so full-throatedly in favor of this,” Lee said. “He over the weekend said the president was acting courageously by taking this to Congress, and I don’t understand what is courageous about asking permission for something that you say you don’t need and to do what you believe to be the right thing not just morally but in general.”

At the heart of Obama's graceless offer to permit Congress to have a say in whether the United States takes military action in Syria is the president's indecisiveness. He still insists that the decision is his to make, but by including Congress, he hopes to have someone else to spread the blame onto if things turn out poorly.