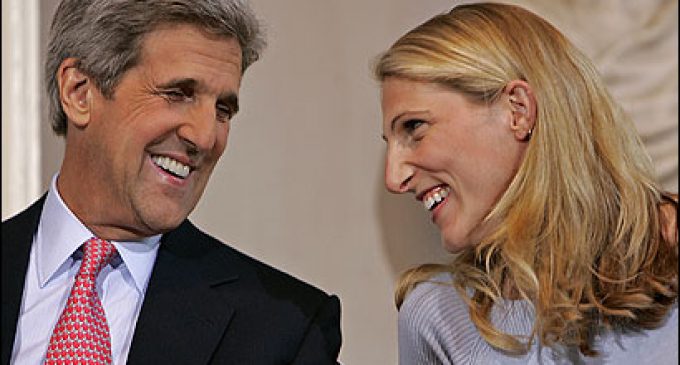 The Democratic Party is quick to inveigh against what it claims is the corruption of the GOP, but is silent about their own members' efforts to enrich themselves.

Between the unconstrained lawlessness of President Obama and the scandal-ridden career of Hillary Clinton, it is easy to forget about John Kerry. Granted, he is notorious for his many flip-flops and moments wherein he puts his foot in his mouth, but he generally doesn't strike one as a schemer on par with Hillary or Obama. Yet as it turns out, he is just as slick and self-serving as any Democrat.

Looking into State Department records, The Daily Caller News Foundation learned that the department used the Peace Corps to transfer over $9 million to a nonprofit organization named Seed Global Health. That group was founded by none other than Dr. Vanessa Kerry, daughter of none other than – you guessed it – John Kerry.