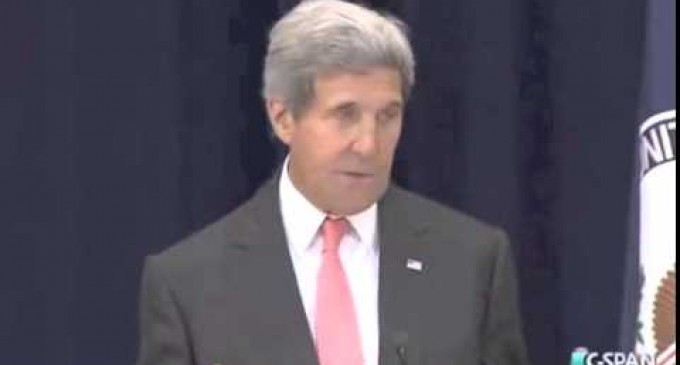 Kerry begins this speech by stating that someone named ‘Shriek' had drafted a strategy for American and Muslim relations. Who this Shriek is exactly is unknown, but apparently his words ‘religion matters' is ‘a mantra in the State Dept'.

Kerry continues stating that ‘our faiths' referring to Christianity and Islam are ‘inextricably linked'.

Kerry's words are bizarre, to say the least. It's basically a half-baked attempt to forge an affinity for Islam, and is a statement that the U.S. is now acquiescing to the Muslim Brotherhood, who has successfully infiltrated the United States to a great degree.