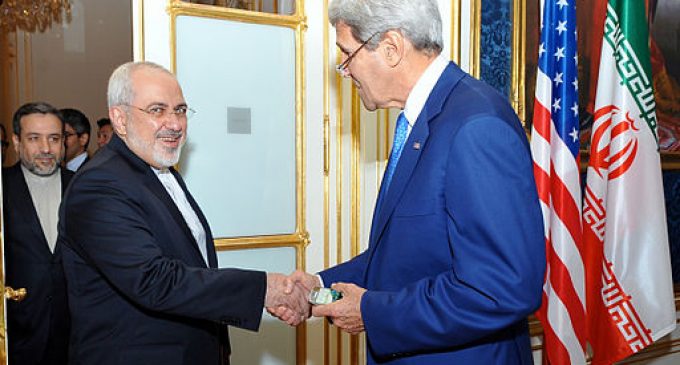 Secretary of State Mike Pompeo vehemently criticized his predecessor John Kerry for “actively undermining” the Trump administration after Kerry admitted to having several meetings with the Iranian foreign minister since Kerry left office.

“What Secretary Kerry has done is unseemly and unprecedented,” Pompeo told reporters at the State Department on Friday.

“This is a former secretary of state engaged with the world's largest state sponsor of terror and according to him, he was talking to them, he was telling them to wait out this administration,' Pompeo said.

“You can't find precedent for this in U.S. history, and Secretary Kerry ought not to engage in that kind of behavior,” an agitated Pompeo said. “It's inconsistent with what foreign policy of the United States is as directed by this president, and it is beyond inappropriate for him to be engaged.”

Turn the page for the full story, the Pompeo's remarks to the press and Trump's response.