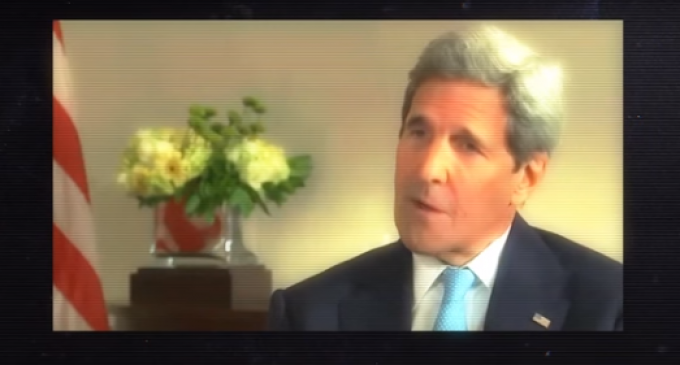 Truthstream media produced a video showing John Kerry admitting that crisis in Syria is being used to accomplish the administrations true goals in the region.

Truthstream Media alleges that ISIS was trained and placed by the U.S. government in an elaborate scheme to create chaos in the Middle East. The world's governments could then use the expanding crisis in order to enact a “new world order” that would otherwise be impossible without the confusion and call to action caused by the large-scale conflicts in the region.

To see video containing the allegations, continue on to the next page: