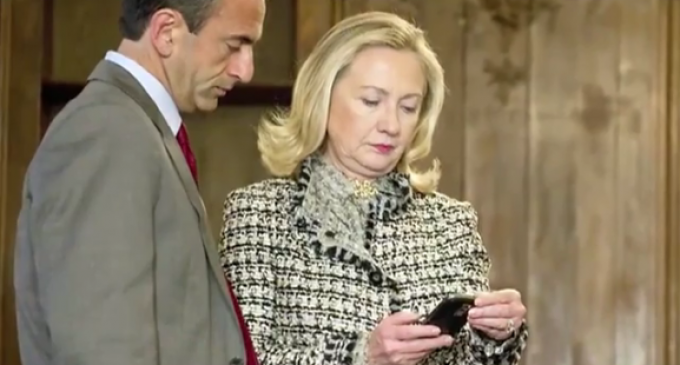 The stability of the justice system could be jeopardized if the administration chooses to play politics with the controversy over Hillary Clinton's emails.

So says John Bolton, who served as U.S. ambassador to the United Nations under George W. Bush. He made the remarks in an interview with radio host and Breitbart Jerusalem bureau chief Aaron Klein. The host asked Bolton what he believed the chances of Clinton being indicted were.

Believing that enough “pressure” has built for the FBI to open a case against the former Secretary of State, the former ambassador noted that the White House might quash any potential investigation. However, he pointed out that such a move would trigger a veritable firestorm, saying there's a good chance that the “FBI will explode.”

He adds that such a scenario would result in sensitive information that is currently not privy to the public will become available, as the bureau wrestles with the consequences of not investigating Clinton.

Drawing parallels between the much-publicized hounding of former CIA director General David Petraeus, Bolton explained that Hillary is suspected of much worse than the general was. He argues that this is the reason why he thinks even the Justice Department is weighing action against her:

“So this is a far more serious than what happened to General Petraeus. And it’s one reason why I think that both the FBI and I believe the people in the Justice Department, the prosecutors who would oversee the handling of the case, are moving more and more to the conclusion that serious indictments are warranted here.

Now it’s possible that in this administration that politics can triumph over the legalities. But I think if that does happen, there’s a real risk for Obama and for the Attorney General that the FBI will explode. And a lot of things that we don’t know about, that are not on the public record at the moment, will come on the public record.

It may not be the same thing as firing Archibald Cox (the discharged Special Prosecutor) in the Watergate investigation, but if this potential prosecution is tanked for political reasons, it will be a very loud explosion.  And it will stain Obama’s legacy forever. It will damage Loretta Lynch’s professional reputation and I think it will have a profound impact on the presidential election, as well.”