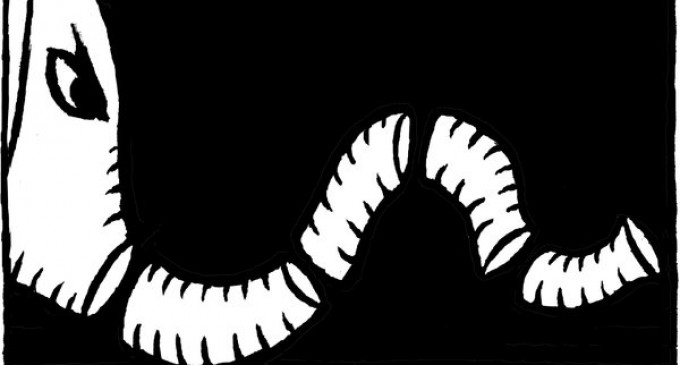 John Boehner must be some kind of Democrat in Republican ‘clothing’.

– It raises discretionary spending above $1 trillion for 2014 and 2015.
– It reneges on $63 billion of sequester cuts.
– Only $28 billion in deficit reduction over the next decade
– It raises taxes, particularly on airplane passengers through new travel fees.
– And most troubling: it locks in spending for President Obama’s Affordable Care Act, ensuring that the worst parts of Obamacare will continue unfolding to the shock of increasing numbers of Americans.

NY Times Opt-Ed: “But the budget plan is about more than taxes and spending. It was a slick means by which Senate Republicans could appear to oppose the deal while in fact allowing it to sail through the chamber.”

How many Republicans have betrayed their party?

The litmus test is pretty easy: with Obama having openly committed the most crimes against the country than any other president, anyone NOT making advances towards impeachment or at least calling him out is on the wrong side of the fence.

WOODSTOCK, Ga. — Last week the House speaker, John A. Boehner of Ohio, attacked conservative groups who criticized the budget deal, hashed out by Representative Paul D. Ryan, Republican of Wisconsin, and Senator Patty Murray, Democrat of Washington, for failing to reduce spending and for raising taxes.

“They’re using our members and they’re using the American people for their own goals,” he said, calling the opposition “ridiculous.”

In one way, Mr. Boehner is correct. The goals of groups like ours are those that congressional Republicans once espoused: smaller government, less spending and lower taxes. Alas, those who demand such things today from their elected officials face unfounded attacks.

Make no mistake: The deal is a betrayal of the conservatives who fueled the Republicans’ 2010 midterm shellacking of Democrats.

It raises discretionary spending above $1 trillion for 2014 and 2015. It reneges on $63 billion of sequester cuts. Its $28 billion in deficit reduction over the next decade is a pittance compared with the $680 billion deficit piled up in 2013 alone. And it raises taxes, particularly on airplane passengers through new travel fees.

Perhaps most troubling is that the deal locks in spending for President Obama’s Affordable Care Act, ensuring that the worst parts of Obamacare will continue unfolding to the shock of increasing numbers of Americans.

But the budget plan is about more than taxes and spending. It was a slick means by which Senate Republicans could appear to oppose the deal while in fact allowing it to sail through the chamber.

Take Senator Mitch McConnell, Republican of Kentucky, the minority leader, who opposed efforts to defund Obamacare earlier this year while claiming to do everything possible to stop it.

After attacking conservative groups for their efforts to prevent the funding of Obamacare, Mr. McConnell, who is facing a primary challenge in his 2014 re-election race, is now seeking to portray himself as a conservative darling, championing fiscal austerity by voicing opposition to the budget proposal. (My organization has not endorsed a candidate in that race.) Doing so gives him some nifty talking points that align with most conservative groups, but it is little more than parliamentary sleight of hand.

Consider how he handled the vote on the bill. To defeat a filibuster, its supporters needed 60 senators to win cloture and move to a final vote. Instead of rallying his troops against the vote, Mr. McConnell allowed a handful of Republicans in battleground states — who needed to be seen as supporting the bill — to vote for cloture, while he and the rest railed against it, casting themselves in the role of budget hawks.

With cloture accomplished, a dozen Republicans were then free to vote against final passage if they need wiggle room when they’re confronted on the campaign trail next fall by voters demanding action on government spending. Mr. McConnell and many Senate Republicans used the vote to manipulate the system, allowing them to cast themselves as deal makers or principled conservatives, depending on their audience.

This is not principled policy making; what we’re seeing is simple gamesmanship that raises legitimate questions about which values Republicans truly hold and which are merely interchangeable with those of Democrats.

The job of Tea Party groups and other conservatives is pretty simple: to inform Americans about the need for restraint in spending, tax relief, pro-growth economic policies and individual liberty — and to support the men and women who pledge to promote these positions. To the extent that the speaker of the House and Senate Republicans are attacking such groups, it looks as if we’re doing our job.

But after this budget vote, our job expands to include informing Americans about who keeps their word in Congress and who does not.

When establishment Republicans call spending increases spending cuts, deny that raising taxes is a hike, and champion deficit reduction that doesn’t scratch the surface of our nation’s debt, it suggests a detachment from the facts. But when those who voted for them criticize their elected officials for not keeping their promises, and are then attacked for doing so, it suggests that Kurt Vonnegut was right in observing, “A sane person to an insane society must appear insane.”

Jenny Beth Martin is a co-founder of Tea Party Patriots.