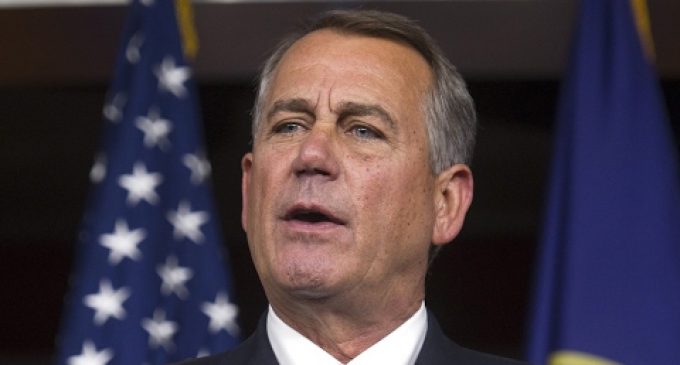 It may be hard to believe anything that comes out of the mouth of GOP insiders, but it is definitely worth paying attention so as to get an idea of where the political winds are shifting.

As Speaker of the House, John Boehner was in a position to take the fight to the Obama administration and rollback its most brazen progressive policies. Instead, he rolled over practically everytime the White House tried to push something through, standing by and watching helplessly as Obama rammed through executive order after executive order and failing to get Congressional Republicans on the same page to repeal Obamacare.

Even today, with Donald Trump in the Oval Office and Paul Ryan having taken over as House speaker, Boehner is still sniping on the sidelines and trying to keep conservatives within the party from capitalizing on their recent gains.