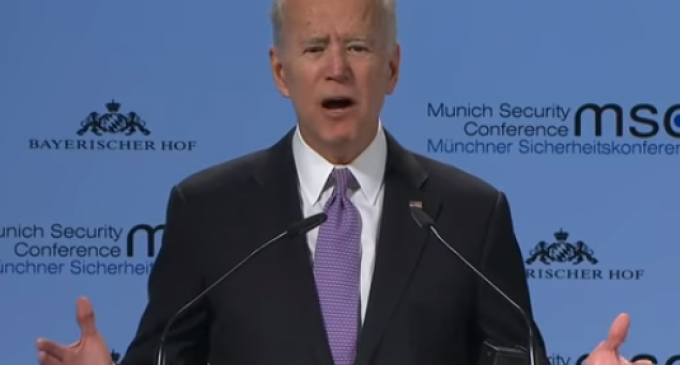 While speaking at the NATO Munich Security Conference on Saturday, former Vice President Joe Biden called the United States an 'embarrassment' and its trade policies “self-defeating.”

Biden, who is mulling a run at the White House in 2020, has half the country calling him ‘Creepy Joe' for his well-observed tendencies to get uncomfortably close to young girls and women in front of the world. A former Secret Service agent of his said that they often had to protect female agents from him:

“We had to cancel the VP Christmas get together at the Vice President’s house because Biden would grope all of our wives and girlfriend’s asses.” Biden doesn't even hold back even when on camera. Talk about an embarrassment!

Turn the page for Biden's latest: