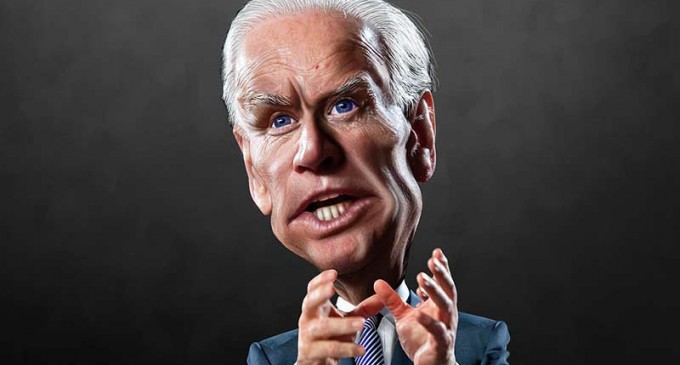 Vice President Joe Biden spoke Thursday to an audience at the U.S. Hispanic Chamber of Commerce's 2014 Legislative Summit. The estimated 11 million illegal aliens in the United States “are already Americans,” he said.

But not really. After all, It's Obama who has the pen and the phone; everybody realizes that not everything Biden says has the potential to suddenly become law. Immigrants without legal permission to be in the United States are actually committing a crime and the Vice President can't unilaterally change that.

“Eleven million people living in the shadows I believed are already American citizens,” Biden said. “These people are just waiting, waiting for a chance to be able to contribute fully, and by that standard, 11 million undocumented aliens are already Americans in my view.”

“Teddy Roosevelt said it better. He said, Americanism is not a question of birthplace or creed or a line of descent. It’s a question of principles, idealism and character,” Biden said.

Biden compared illegal immigrants to immigrants who legally entered the United States, saying it took “a lot of courage” to pick up and go to America where they don’t speak the language and no one seems to want them.

“It takes a whole hell of a lot of courage to be sitting at a wooden kitchen somewhere anywhere in the world and say, you know, I tell you what kids. Let’s all pick up and go to America where we don’t speak the language, where they don’t seem to want us, where it’s gonna be really, really rough to get there, but let’s go. Won’t that be fun?” Biden said.

“All they want—they just want a decent life for their kids, a chance to contribute to a free society, a chance to put down roots and help build the next great American century. I really believe that. That’s what they’re fighting for,” Biden added.