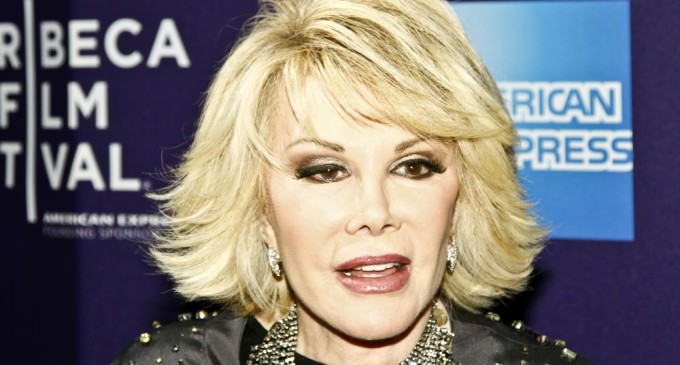 A medical examiner has revealed that the death of Joan Rivers was caused by a lack of oxygen to the brain after she received Propofol, a sedative given before treating her for acid reflux and a vocal issue.

The examiner called her death a ‘predicatable complication' of the drug.

People on social media blame the doctors for negligence.

Conspiracy theorists state is was due to her comments that ‘ everyone knows' Barack Obama is gay and Michele Obama is a transexual.