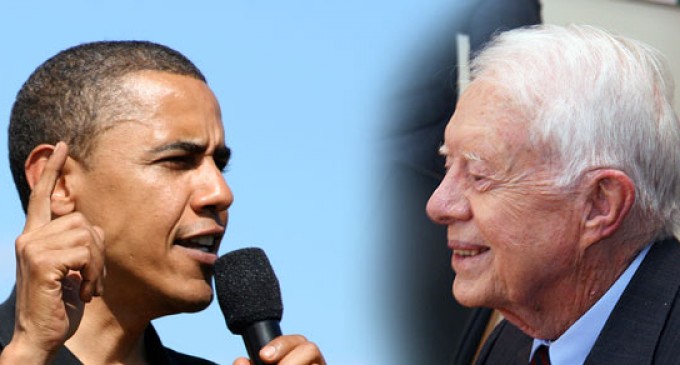 From the “It takes one to know one” department:

One of Americas most ineffective presidents had little praise for Barack Obama's administration this week:

It’s been a disastrous couple of weeks for President Barack Obama. His signature legislation, the Patient Protection and Affordable Care Act, is a slow-motion train wreck. His poll numbers have tanked.

Now, things have gotten so bad for Obama that former president Jimmy Carter has called President Obama incompetent in the family-friendly pages of Parade magazine.

“He’s done the best he could under the circumstances,” Carter said of Obama in an interviewed published on Thursday. “His major accomplishment was Obamacare, and the implementation of it now is questionable at best.”

Carter downplayed his own presidency when asked how he hoped history would remember him.

What do you think President Obama will be remembered for?