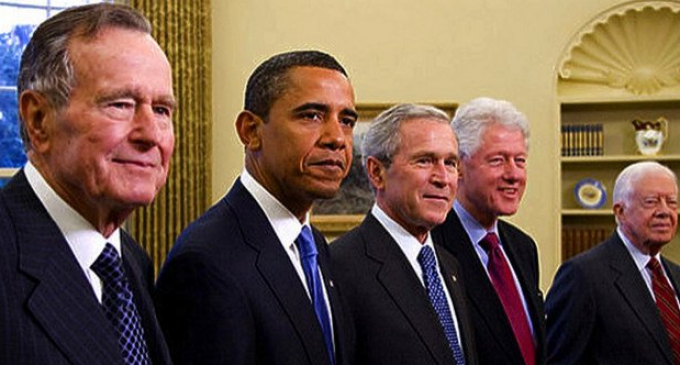 Other than Barack Obama, only four living people know firsthand the rigors of the presidency — and three of them have refused to RSVP to Donald Trump's inauguration.

The peaceful transfer of power between presidents is one of the most profound and important aspects of American democracy. At the outset of our nation's history, it was what set us apart from the monarchies of Europe. While other nations have since adopted America's democratic system, ours remains the gold standard by which all others are judged. No other country has so successfully respected the tradition of free and fair elections and the personal willingness to give up power.

Which makes it all the more disappointing that Jimmy Carter is the only former president willing to commit to Trump's inauguration. George H.W. Bush, Bill Clinton, and George W. Bush have all received invites but have so far not commented on whether they will attend.

Continue reading on the next page to see why the former presidents are skipping the event: