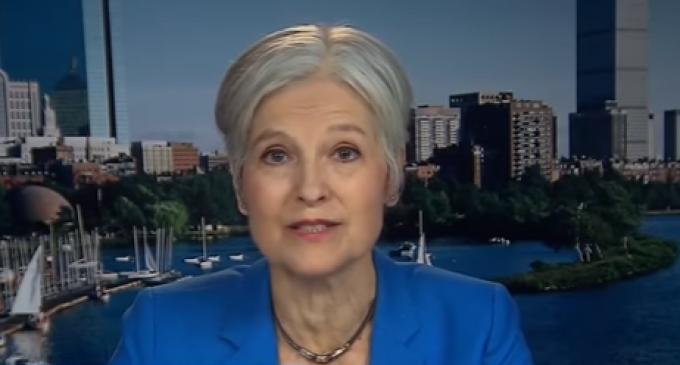 Have you met the crazy older sister of Mika Brzezinski?  I’ll give you a hint:  She ran for president.

That’s right…it’s Jill Stein!  Mika’s sister is on the warpath right now.  After having escaped from the attic at the Brzezinski residence, Stein quickly galloped down the street and broke into the MSNBC Studios half-dressed and hopped up on three…count ’em…three double latte grandes from McDonalds (which she has been expressly forbidden to drink by her sister).  After stumbling onto one of MSNBC’s two shared sets, Stein managed to convince a very confused anchor that she was there to speak about national security.

Quickly, the faithful staff, always willing and able to place just about anyone on the air as long as they are bashing the current administration, slapped some make-up and clothing on Stein and set up before an attractive backdrop of a harbor city (to make it appear as if she was in a separate location, of course) and proceeded to interview her regarding North Korea.

With loads of turgid, self-inflated reasoning, Stein proceeded to smack down America in favor of the peaceful and very cultured North Korean nation who were just sitting out there in the Sea of China, minding their own business, when big, bad America rushed in and began bullying that peace-loving country.  Read more on the following page about how Mika’s older sister really knows absolutely nothing about world affairs, but sure sports some great gray hair!