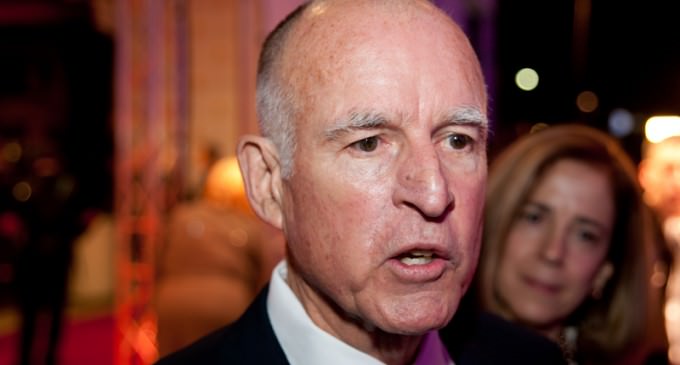 California Governor Jerry Brown decided to ring in the 4th of July weekend by signing into law radical legislation that tramples even further on Californian's Second Amendment rights.

Concluding that the state's myriad restrictions on gun ownership and usage were not enough, Brown has thrown his support behind a law requiring citizens to either destroy or surrender large capacity gun magazines to authorities. Set to go into effect on July 1st of next year, the legislation gives gun owners four options as to how they will handle any high-capacity magazines they have: remove the offending item from the state, sell them to licensed firearms dealers before the ban goes into effect, destroy them, or turn them over to law enforcement.

On top of all this, the governor signed additional bills forcing Californians to go through background checks when purchasing ammunition, prohibiting the sale of semiautomatic rifles with bullet buttons, and barring gun owners from lending their weapons to family members.