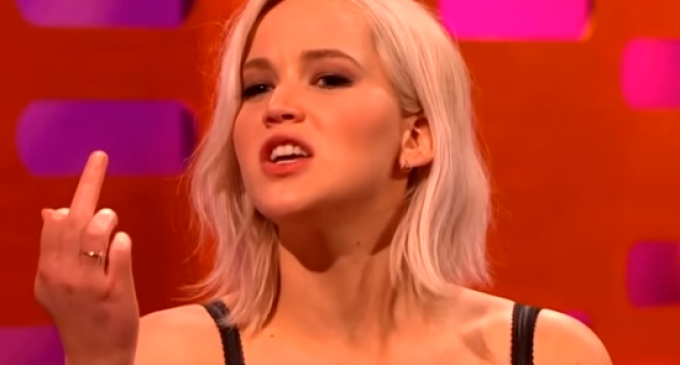 Jennifer Lawrence is far from a class act.  She has promoted, “killing babies, premarital sex, and free birth control” as “what every “normal teenager growing up in a Jesus house needs”, according to Truth and Action, and promises to leave the country should Trump get elected.

Though Lawrence's rise to fame as an actress has been significant, her decent into the rankings of feminist, liberal nut is in full escalation as well.  She even wondered in an interview if the Trump phenomenon was reality TV, noted Truth and Action.

Jennifer Lawrence went on to question whether it was even real and stated that America doesn’t need a politically incorrect president. According to her, having Trump as president would mean, “the end of the world”.

Her newest hope outburst was on the Graham Norton Show, where she confessed to hoping to see Trump at a concert where they both were in attendance and tell him, “Hey Trump, f*ck you!”

Classy much?  Read more on the next page.