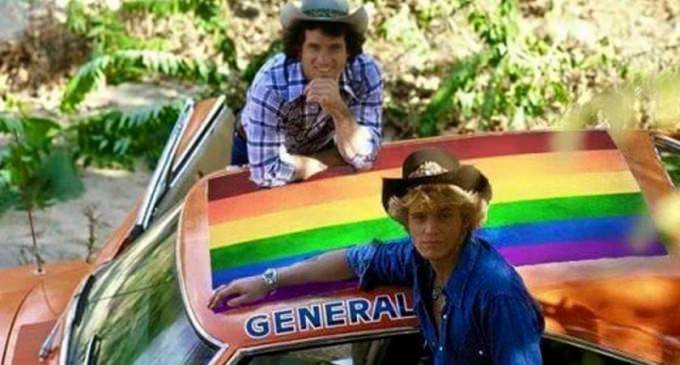 The Conservative Tribune reminds us that in this world gone mad with political correctness at least there are still some level heads in entertainment:

Jeff Foxworthy and Larry the Cable Guy are certainly pretty sane, but they’ve got the kind of wit that drives liberals insane. The two of them predicted what was going to happen on the second season of “Blue Collar TV” almost a decade ago, when they did a skit called “The PC Dukes of Hazzard.”

The skit was occasioned about the time of the cinematic remake, starring Johnny Knoxville, that guy from “Dude, Where’s My Car?” and Jessica Simpson. The less said about that, the better, but at least it birthed this hilarious — yet sadly prescient — bit.

Foxworthy and Larry the Cable Guy were sitting around in a bar talking about the upcoming remake when Larry exclaims that, “They’re going to take a perfectly good show, they’re gonna politically correct it up, and they’re gonna ruin it, just like they do everything.”

Check out the resulting parody video on the Next Page: