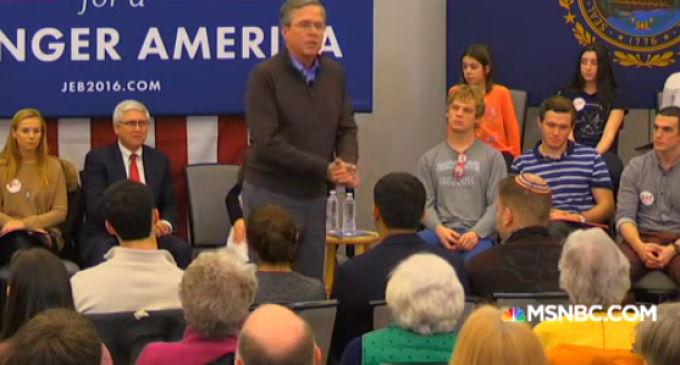 Since the start of his presidential campaign, Jeb Bush's numbers have been at home in the realm of the unimpressive and have stayed there ever since. With other presidential hopefuls like Marco Rubio, Ted Cruz and Donald Trump practically living in the news, Jeb Bush's campaign is fading into obscurity. At least Rand Paul had enough dignity to drop out of the race.

Not that miracles don't happen, but it doesn't look like Jeb Bush is about to find one anytime soon, especially when he has to tell people to clap for him. During a speech he made to a crowd in New Hampshire about how he won't talk a lot of trash as president and will be a more quiet president (all of the things we don't need from a president), he had to ask the crowd to clap for him. You can watch this awkwardly transpire in the video below.

See the sad request on page 2: