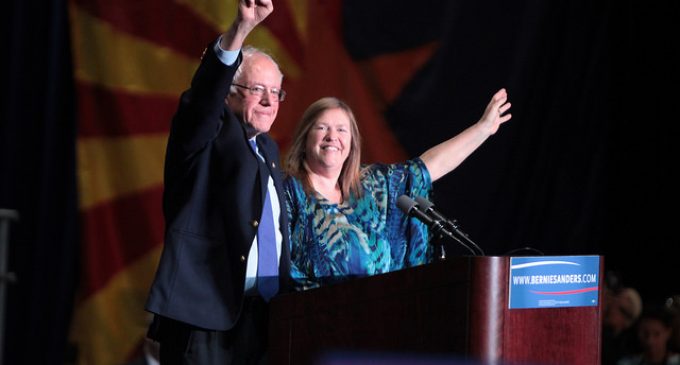 When the left run out of arguments, they call their opponents bigots. Using that logic, it's safe to say Bernie Sanders and his wife, Jane Sanders, think they're in trouble.

A couple months ago, it was reported that Jane Sanders lied in order to get funding for Burlington College, a school that she helmed which would eventually fail. The couple recently hired a lawyer to fend off the resulting FBI fraud investigation.

The investigation has put an uncomfortable spotlight on the family, who are now doing damage control in order to retain their pristine socialist record.

But their efforts aren't exactly compelling. Rather than fight the investigation on the merits of the case, Mrs. Sanders has instead resorted to personal attacks and accusations of sexism.

See why Jane Sanders thinks sexism is the root of the investigation on the next page: