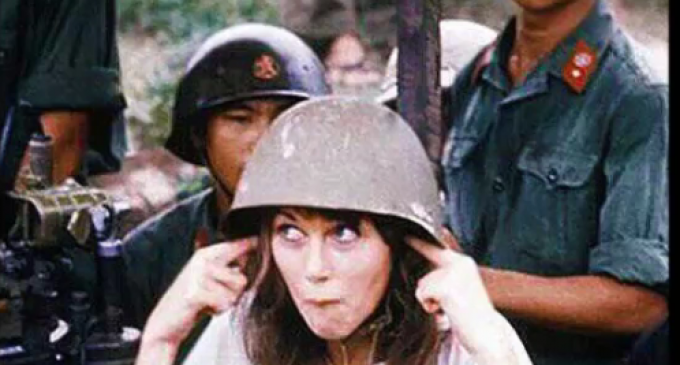 Actress Jane Fonda spent some of her early years visiting Vietnam when we were at war with that country. She even took a victory lap at the concentration camp where young American soldiers were held captive and tortured, and she excoriated the U.S. for trying to keep South Vietnam from being overrun by the communist North, while she praised the communist captors for their great victories.

Some American G.I.'s mistakenly thought she would have pity or compassion, and they pressed notes into her hand when the Vietnamese prison guards where not looking with messages for their families. Fonda heartlessly turned the notes over to the guards, which earned the suffering American soldiers brutal beatings. She is a hypocrite, an egotist, and a phony.

Fonda should have been cast into prison for treason, but she was a hard core Leftist, part of the Hollywood crowd, and she was famous and wealthy. On the Left, that earns you praise and a pass. Now she is weighing in on the Republican presidential primaries, and she once again is shown to be clueless and someone who does not understand geopolitics. But she is still wealthy and famous, and for the Left, that means she is someone to pay attention to.