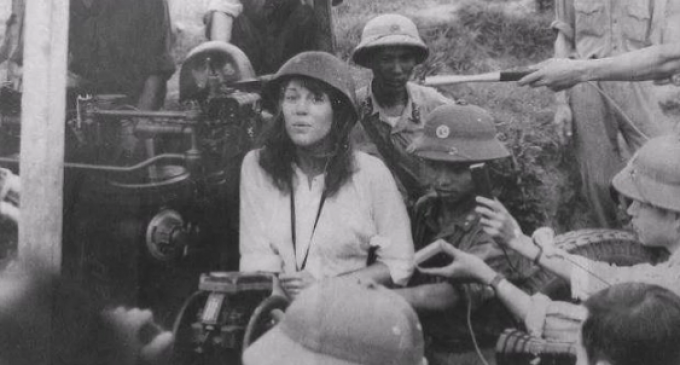 Old Jane Fonda is still spouting socialist rhetoric today, though her wealth of $120 million is not very social, activist, friendly.  Nothing traitorous coming from her mouth should surprise us, nor should her extreme left leaning ideology, yet when she opens her mouth and makes her audacious statements, America must pause in shock.

Her most recent mental vomit was proclaimed at  the Women’s Equality and ERA Coalition’s “Night of Comedy” in New York City, earlier in February. Old lady Jane, who is now 78-years-old, charged Donald Trump with “fanning the flames of people’s anxieties and racism.”

Come on Jane, aren't your previous revolutionary bedfellows, the Black Panthers, the one's stirring up anxiety and racism?  Could it be that they and others on the left, including Obama, are the ones creating a dangerous world?

Read more Jane rhetoric on the next page.