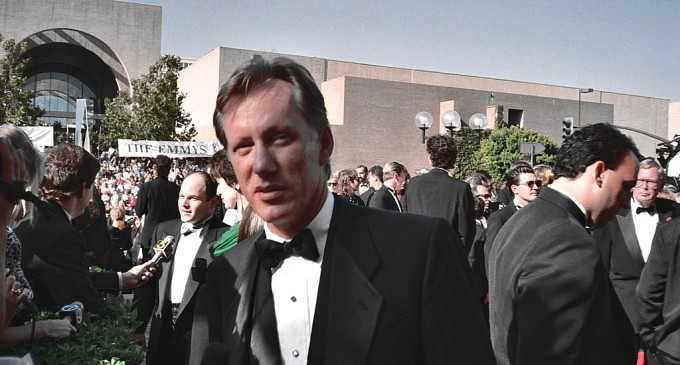 If everyone put country first, as James Woods states he's doing, we wouldn't be in this mess.

After repeatedly criticizing President Barack Obama, actor James Woods suggested in a tweet late Tuesday that his politics may cost him work in Hollywood. our editor recommends James Woods Joins Showtime's ‘Ray Donovan' Michelle Obama Cancels Los Angeles Trip Amid Government Shutdown (Exclusive) Woods has been critical of Obama before but in the past few days seems particularly incensed at the president’s handling of the partial government shutdown.

He tweeted, for example: “This President is a true abomination. To have barricaded the WW2 vets, but allow illegal aliens privilege…” The tweet linked to a USA Today article.

On other occasions, Woods retweeted photos, articles and more about the shutdown, the attack on the American embassy in Benghazi, Libya, problems with Obamacare and the growing national debt.

When linking to a New York Times story about a plan to allow noncitizens to monitor polling places in California, he joked that “dead democrats can vote multilingually now.”

Woods responded: “I don’t expect to work again. I think Barack Obama is a threat to the integrity and future of the Republic. My country first.”

On Wednesday, Woods’ tweet became a cause celebre among conservatives, some tweeting that he was their new favorite actor, and Twitchy, a website run by conservative columnist Michelle Malkin, posted a collection of the tweets.