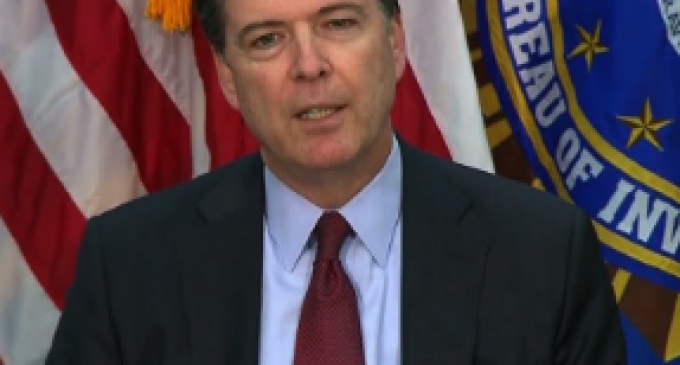 In a strange twist of fate, the director of the FBI is being treated like a criminal for doing his job and trying to uphold the law.

It hasn't been easy for the bureau during the era of Obama. Facing constant pressure to act and say as the White House demanded, the FBI has found its hands tied in such serious matters as its investigation into Hillary Clinton's emails. Instead of being allowed to treat the case as it would any other criminal investigation, the agency was expected to handle it with kiddie gloves lest it interfere with the former Secretary of State's chances of becoming president.

This culminated in director James Comey declaring that Hillary did indeed break the law but that she would not be charged, sparking outrage across the nation and stoking fear that Hillary would escape justice. Due to new developments this weekend, however, the story could very well end in a way few foresaw.