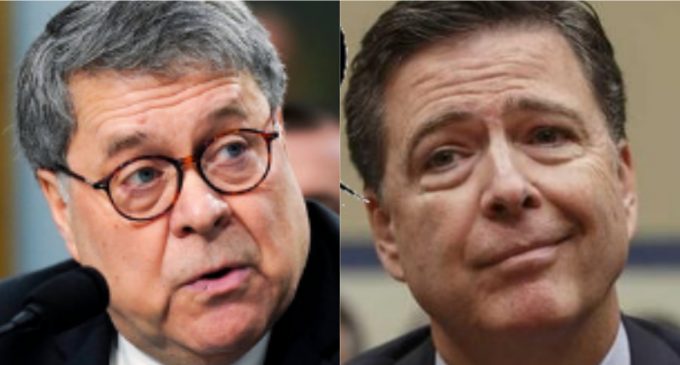 One really must feel empathy for the good cops in America. Just imagine the constant stress of dealing with the inherent dangers of facing down criminals in the street while being flanked by criminal cops and criminals that might even be running the department. That takes a lot of heart.

“I think the FBI is in very serious trouble,” former U.S. Attorney for the District of Columbia Joe diGenova once told Tucker Carlson. “It started with James Comey. Comey, the dirtiest cop in America, destroyed the FBI's reputation with his bizarre personal behavior, beginning way before his July 5th news conference. The bureau is in trouble.”

Prison doesn't treat former cops very well at all. But for James Comey, it just might be a better choice than walking the streets as a pariah. Not only does he have to contend with a great many Americans who despise him for his obvious criminality, but for all the men and women of law enforcement who would love to give him a piece of their mind, to say the least.

Comey has seemed quite unstable as of late, and with Attorney General William Barr making it plain that he intends to examine Comey's actions carefully, the former FBI director has begun a campaign of desperate statements and behaviors with the apparent hope of swaying public opinion.

Turn the page for details on what Comey is up to.