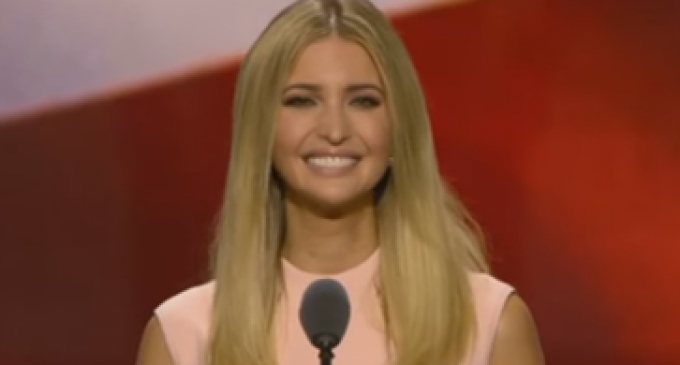 The mainstream media is pulling out every stop in order to portray the Republican National Convention as nothing short of a circus, but one particular speech given at the event shows why it's anything but.

Discussion of the convention has been mainly focused on Melania Trump's speech and it's alleged similarities to one made by Michelle Obama, but commentators have predictably neglected to cover that of Ivanka Trump, the older daughter of party nominee Donald Trump, who delivered an riveting speech at the RNC.

As Mrs. Trump makes clear in her speech, she is neither a Democrat nor a Republican: she is simply somebody who wants to make sure that whoever is in charge is looking out not just for her family but her country as well. That someone is none other than her father, who as she notes went up against 16 highly-qualified individuals in order to win the GOP nod.

Ivanka surprised conservatives and earned praise from liberals with her references to the gender pay gap: See Ivanka Trump's rousing speech on the next page: