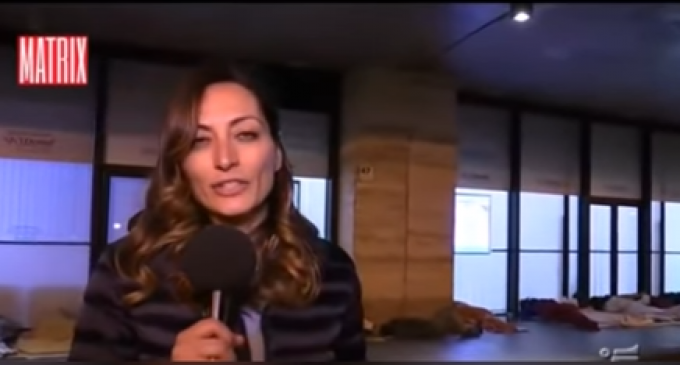 There might be a reason most specials on the refugee crises and their assimilation into the Western culture are pre-recorded.

A young Italian reporter was assaulted on live TV while filming a live segment welcoming African migrants into the country. The situation would be amusingly ironic if not for the very real danger the poor reporter found herself in as started running for her life as the assailants chased her through the streets.

MATRIX reporter, Francesca Parisella, thought it would be charming and informative to go do a piece on the migrants flooding into Italy and traveling around a Roman train station waiting to find permanent places of residence.

Parisella chirped on in liberalist glee over the beautiful sight of so many refugees being taken in by their Western saviors until the broadcast was disturbingly interrupted.

“Their hope is especially to reach Milan … and then to move to Northern Europe,” she told viewers. “It’s important to know that this reception –”

That was the end of Parisella’s prepared remarks. It appears studio executives failed to prepare her to also cover the dangers of migrant “sexual emergencies” or that it was her duty as a Western woman to just take it due to “cultural differences.” That is the liberal stance on migrant assault of women and viewers are sure to not miss the hypocrisy of a reporter literally running as fast as she could from the reality of liberal policies.

Footage from this video is available on the next page.