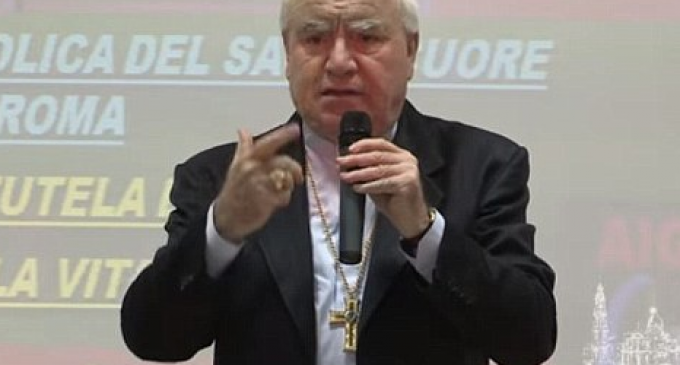 Italy may be the home of the Roman Catholic Church, but it will soon become a Muslim state according to an Italian archbishop.

The Italian government was one of many in Europe that opened its doors to migrants after ISIS began seizing territory across the Middle East. Two years later, they are now home to hundreds of thousands of these so-called refugees. The new inhabitants, who are mostly Muslim, are now threatening to take over the predominantly Christian country.

According to Italian Archbishop Monsignor Carlo Liberati, the Italians have no one to blame but themselves. It was their “stupidity” that allowed the troublesome migrants into their country, and now they must face the consequences.

Those consequences might come sooner than many expect. According to Liberati, Christians may find themselves in the minority in a shockingly short amount of time.

See how long Liberati predicts the Muslim takeover will take on the next page: