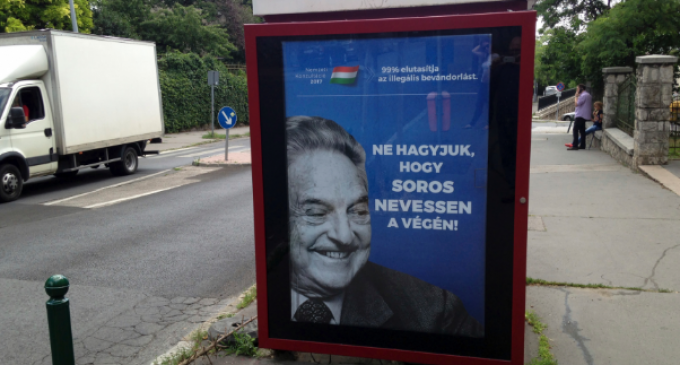 The Israeli Ministry of Foreign Affairs wants nothing to do with Hungarian Jewish businessman, George Soros. They're in good company. Many world leaders are growing tired of the consistent meddling of his organization's in  governments affairs.

Soros might be Jewish but he has never been shown to be a defender of his own people. This is the man who stated “I don't deny the Jews to a right to a national existence – but I don't want anything to do with it.” when asked during an interview with the New Yorker what he thought about Israel.

Maybe Soros feels differently than most Jewish people who survived Nazi occupancy because unlike Soros they were not cozying up to the Nazis and looking the other way as their people were being systematically murdered.

And one has to wonder if Soros developed Stockholm Syndrome while masquerading as a good little Nazi Aryan boy in the 1940s. One of the core components of his infamous Open Society Foundation is “challenging Israel’s racist and anti-democratic policies” on the international stage and remove their standing as a democracy, according to hacked emails released in 2016.

But, of course, Soros and the Open Society Foundation can think up of various reasons as to why the Palestinian people and Hamas deserve more respect from world governments.

So, when anti-Semitic rhetoric was felt by some to be encouraged by the Hungarian government against Soros, the Israeli Ministry of Foreign Affairs had to clarify remarks made by their ambassador to Hungry regarding Soros. Learn more on the next page