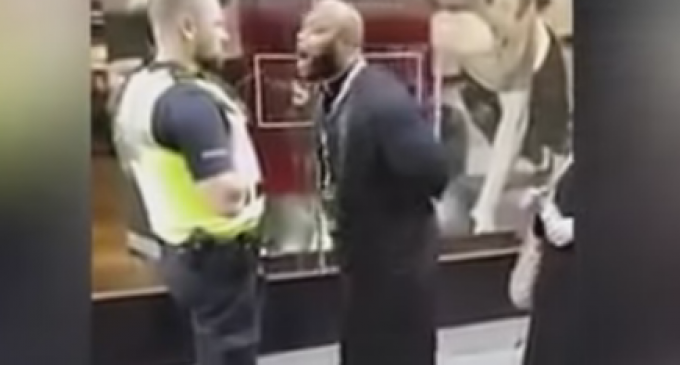 The placid streets of Birmingham, England were disrupted by a shrieking Muslim street preacher who raged at the local police yelling ‘Allahu Akbar' and allegedly accosted a woman for wearing “tight jeans”.

The 31-one-year-old, Krissoni Henderson was recorded as he fiercely confronted the police officer who was investigating the complaint lodged against him.  Henderson responded that the woman he accosted walked up to him and told the police his witness would verify this information.

He continued to engage the officers, saying, “If you're going to arrest me, arrest me…” then he said, “Freedom of speech, we're not going to take your racism anymore.”

The 38-year-old woman whom Henderson accosted reported to the police that she feared for her safety, stating that she was sworn at.

View the video tirade and the rest of the story on the following page.