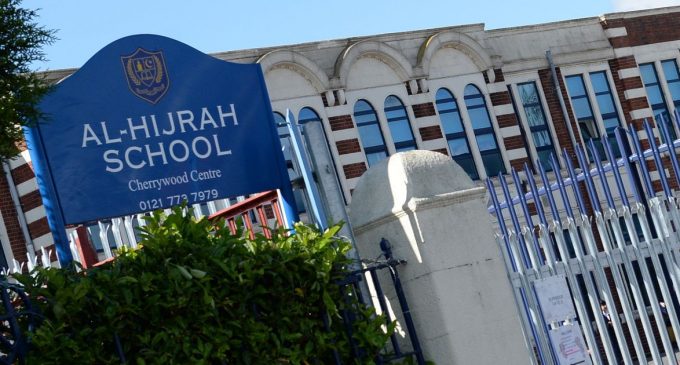 There are a multitude of Islamic schools that dot the countryside in the United Kingdom (over 1,400) today.  Many of these are government-funded, meaning that, like America, schools are rated in the education system and their score determines the “quality” of that education.  Based on that quality, they are awarded a percentage of their budget as funding by the federal government.  Many schools in the United States that are religious in nature also may receive government funding, however, the curriculum mandates under the Department of Education often times precludes such funding because many religious schools opt out of the funding due to requirements that go against the dictates of the religion (for instance, studies on homosexuality or abortion).

In the UK, many of the Islamic religious schools are also partially funded by the British government.  Most of the edicts under which the schools must labor deal with the integration of themes such as religious tolerance and harmony in society.  The schools are expected to follow certain guidelines that dismay the teaching of Islam in a way that promotes violence, intolerance, and isolation from Western culture.

Part of the problem with this sort of requirement is that religious schools by definition are attempting to teach a set of values that are inherently diametrically opposed to society at large.  If the school is teaching co-existence and the belief that all religions are equal, then it’s not really a religious school.  The whole point of religious study is to ensure that people follow a set of beliefs that propels them beyond fundamental societal beliefs that tolerance means that you must accept all behavior, EVEN WHEN IT IS OPPOSTIONAL TO YOUR FAITH.  Otherwise, why teach religious studies at all.

When the school is going beyond the norm, however, and teaching parts of the faith that are incompatible with civilized society, things that have been found to be reprehensible by most in a given community, there is a point where that school must be divorced from the funding by the residents of that community.

Read on the following page about how the very first government-funded Islamic school in Great Britain has now been taken over by the government due to absolutely despicable literature found on the premises and to have been integrated into its syllabus.