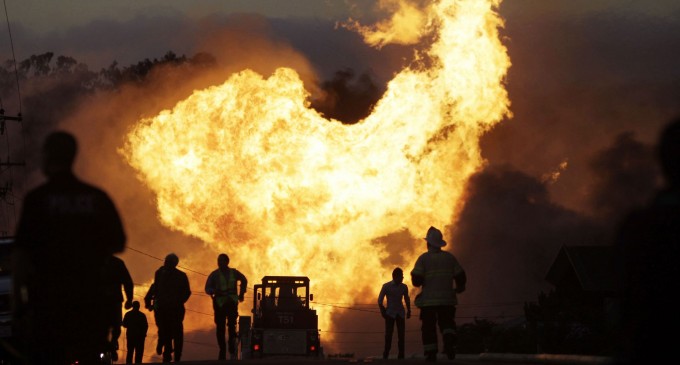 In the wake of the Orland shooting that left over fifty dead and another fifty seriously injured, President Obama and his liberal crows are still refusing to truly admit that Islamic extremists are real or even say the words. Instead, like every other gun-related tragedy, they're blaming it on gun control, despite the fact that, in this particular case, gun control wouldn't have stopped anything. Where the blame needs to be pointed, instead of at issues that further divide Americans is at the actual problem, which is ISIS.

And, as it turns out, the threat of ISIS in America is very real.

According to police reports coming out of a U.S. border-town, police have arrested an “undocumented” Middle Eastern woman in possession of the region's gas pipeline plans. The women is described as being an “Islamic refugee” and was pulled over during a traffic stop by a deputy sheriff in Luna County, NM. For those of you who are unfamiliar with the area, it shares a fifty-four mile border with Mexico.