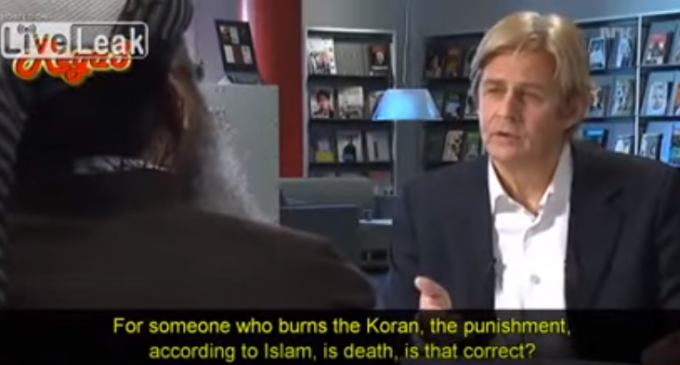 As liberal politicians and left-wing journalists continue to refuse the notion Islamic extremism, interviews such as these should open the eyes of those more willing to see the Muslim faith for what it can be: an excuse to perpetrate terror on non-Muslims.

It is downright dangerous to turn a blind eye towards to the factions within the religion that absolutely believe their faith is an excuse by which they may kill.

T0 see the interview, continue to the next page: