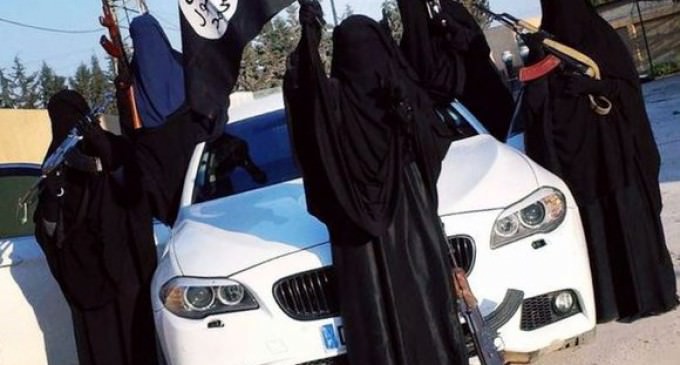 The juxtaposition of radical feminism and the ISIS Female Brigade is startling, as one claims to have women’s rights in mind and the other wants to control all women’s rights. Both of these entities are supported by Obama and Hillary.

Feminists butcher pre-born babies in our country with the support of Obama and Hillary, while the ISIS Female Brigade butchers a nursing mother and kills her for feeding her child.  Both require a detestable hardening of one of the most beautiful aspects in life: motherhood.

Hillary has donned a hijab in solidarity with Muslim women.  Obama has never labeled and condemned radical Islam.  Both turn blind eyes and mute their mouths when stories such as the following comes to light.

In their latest horror, ISIS’ al-Khansaa Female Brigade brutally took the life of a nursing mother because she had violated “public purity”.  An ISIS policewoman grabbed the baby and mutilating the mother before killing her.

This administration and the left’s leading lady, Hillary, ignore these stories, making them accessories after the fact.  If one has the ability to do something, to stop evil and does not do it, then he or she is complicit in the crime.   Read more of the heinous story on the following page.