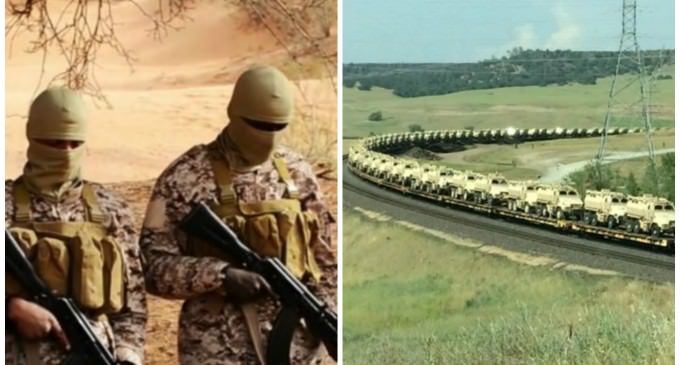 New York is yet again a target for terror.  ISIS recruit, 21-year-old, Abu Usamah Somali a Somali-Canadian has been with ISIS since July of 2014 and was interviewed by VICE founder Shane Smith in September of 2014.

In the interview, Smith asked how he was recruited and he replied that no one recruited him.  He mocked the intelligence community in Canada and the United States as “imbeciles”.  CSIS (Canadian Secret Intelligence Service) interviewed him days before he left and asked him if he was going to Syria and they did not catch him.

He remarked, “I can not believe someone who has studied terrorist ideologies” can sit in front of him and not recognizing him as a terrorist. He said the next time they saw him, he was ripping up his passport.

The next page has information about the direct threat made by ISIS regarding America and specifically New York City and Washington.

The real question is whether our Commander-in-Chief, who cannot recognize a terrorist even if he was standing right in front of him, will pay any attention to this valid threat.