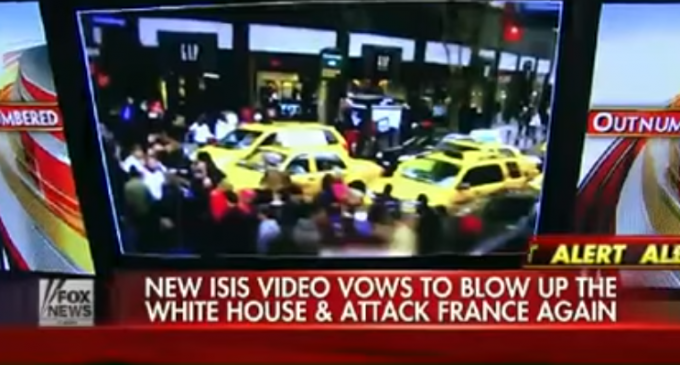 Attempting to capitalize on their barbaric attacks in Paris last week, ISIS has released a video announcing more acts of terrorism are to come. In the video, the extremists promise to strike France again before destroying the White House, threatening, “We started with you and we shall finish with the false White House… We shall blow it up like we blew up the false idols in this good land.”

The last portion of the previous quote is a reference to ancient relics destroyed by the jihadists in Iraq's Dijlah province, marking a chilling progression from merely destroying artifacts to destroying our seats of government.

ISIS's desire to directly hit the White House is confirmed beyond any doubt in another video, where a jihadist similarly declares, “as we struck France in the center of it's abode in Paris, then we swear that we will strike America at it's center in Washington.” This may very well be the most serious threat ISIS has made against America to this date.

Keep reading to learn more about these threatening videos: