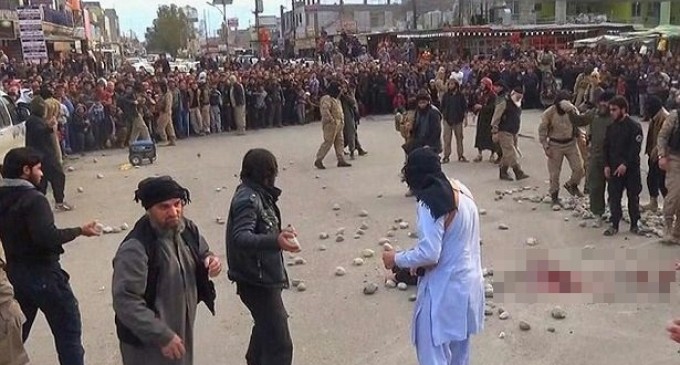 Sharia law allows stoning to death for adultery and yet there are still those in America who cannot see through their politically correct spectacles and recognize the evil of radical Islam.  Four women were stoned to death this week for being accused of adultery in the city of Mosul,  an area in Iraq’s northwestern Nineveh province.  Yet, the co-adulterers are no where to be found, as it appears the women were most likely raped and then accused of committing adultery.  But women are without value in radical Islam and ISIS will kill because it suits their evil agenda.

On Wednesday of this week,”four victims were arrested  in a raid by ISIS jihadis,” said spokesman Raafat Zarari of the Nineveh media center.  Supposedly, all four women were caught in the act and arrested, but nothing has been said about the men who were committing the act with them.

The decision to execute these women publicly was handed down by the ISIS-led Sharia Court, yet there was nothing mentioned about the men with whom the victims were supposed to have committed adultery.

Under Sharia law, there must be four witness who actually saw the adultery happen in order for a charge to be leveled.  It makes on wonder if four men stood at the windows of these victims to catch them, or if the male adulterer was actually part of the scheme to entrap these women.  Who knows in such a corrupt society, where women have no say in court.   Read the rest of the injustice on the next page.