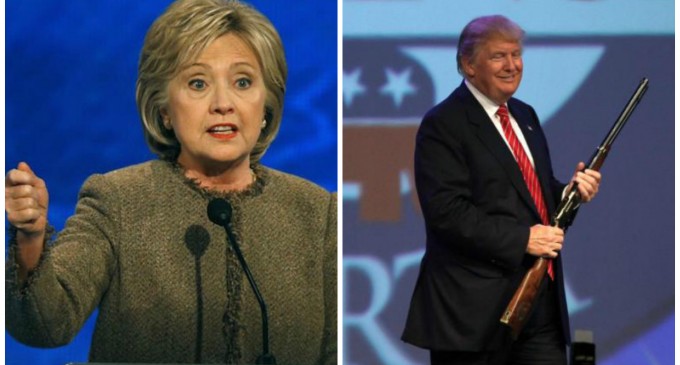 Hillary Clinton hilariously tried to paint Donald Trump as an ISIS recruiter during the largely unwatched Democrat debate. She was roundly excoriated on social media and even left wing publications gave her ratings like “pants on fire” and “four Pinocchios” …demonstrating their seriousness as well.

Now it appears that ISIS is capitalizing on Hillary’s comments and has taken her advice by splicing footage of The Donald into some propaganda videos. Thanks Hillary! Anymore ideas for ISIS?

Hillary Clinton cannot help her monumental incompetence. In fact, it is rather an endearing trademark of her life as an oversold contender. She always screws things up, never has her life together, has creepy friends and associates (like the husband of her assistant who emails pictures of his bulging underwear to young girls) and never has to deliver real substance or contribute to national issues.

When the democrat voters had their first chance to elect her, they took a pass.

Now we are supposed to believe that this successor to President Obama, who oversaw the greatest expansion of radical Islamic power ever, is somehow the candidate ISIS does not want?