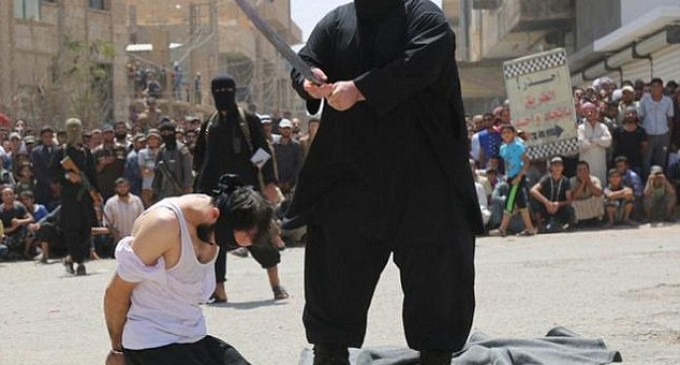 ISIS captured a young Iraqi an beheaded him for listening to western music.

While many will see this as one more incident of ISIS scorched earth style of conquering, the reality is ISIS has controlled Mosul for almost a year now.

This kind of brutality is how ISIS governs as well. People must creep around in terror for fear of displeasing ISIS flavor of the month rules regarding apostasy.

We have seen example after example of the Islamic State's efforts to show they are a force to be reckoned with, all the while, our President has been arming them in Syria as if they were our allies.

This latest episode is the type of news item the Obama administration wants to bury. As long as the cruelty of ISIS is a blip on the public's radar and it does not attract their attention, President Obama gets to avoid answering questions on ISIS new strength and it's possession of western weapons.

Please see the next page for ISIS beheading a boy over music.