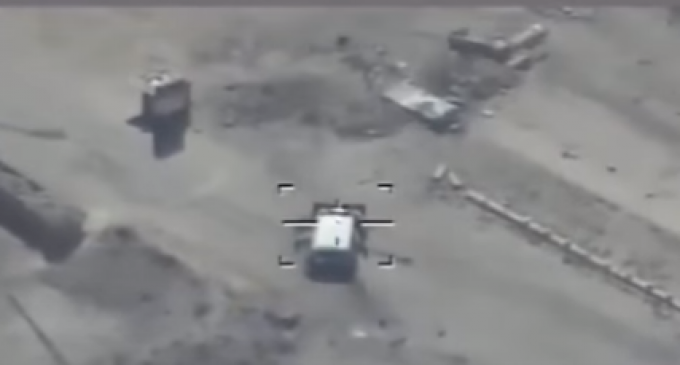 The relentless war on the Islamic State has seen significant victory in the past few weeks, with more than 25,000 members of the terror group destroyed by Britain and their allies.  The campaign has effectively cut the number of jihadi fighters in half in the Islamic State controlled areas of Iraq and Syria over the past 20 months and have eradicated numerous leaders.

Missile strikes and bombing raids have been carried out by RAF, destroying IS-held oilfields and slashing their cash flow and thus creating a 50% decrease in in pay for fighters. With 650 airstrikes carried out by the Royal Air Force, IS has been compelled to flee up to 40% of the Northern Iraq territory they once held.

Read Colonel Steve Warren, the US military spokesman for the US-led global coalition assessment of how the battle is going on the next page.